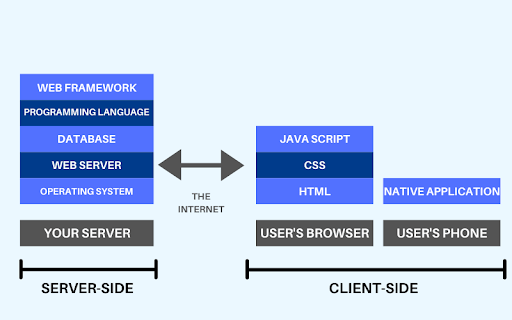 There are many different Programming Languages and Frameworks available to the web developer. You can learn about HTML5, JavaScript, Ruby On Rails, and ReactJS in this article. Each of these has its unique benefits and drawbacks, so you should choose the one that is best for your project.

JavaScript is a scripting language for the web that’s used in many modern web applications. It’s also very flexible and liberal in its features. While this can be a disadvantage for the developer, it also allows for a large number of programming techniques.

JavaScript is supported by most browsers and is used to add interactive features to websites. It’s also used to power Application Programming Interfaces, which enable web applications to communicate. This language is widely used in web development, and it’s popular for creating interactive games and web apps.

When starting with programming, it’s important to choose the framework that’s right for you. This will depend on your programming goals and skills, but JavaScript is an excellent choice for beginners. It’s one of three core web technologies, alongside HTML and CSS. The main difference between JavaScript and other languages is how you use them.

JavaScript is a very powerful programming language, but it’s important to remember that it’s not perfect. While it’s easy to learn, it has its limits. The language’s syntax is quite complex, and it’s easy to create a bloated codebase. This can affect the speed of your website. In addition, different web browsers render JavaScript differently. This means that your site may have some features that don’t work well for every browser.

HTML5 is a modern programming language that is widely supported by most web browsers. It allows web developers to use advanced features of HTML, such as Client Side storage and Client-Server Communication. HTML5 is also compatible with popular web editors, and developers need not buy a special HTML5 editor to create a website. In addition, HTML5 comes with a markup validation service, which allows you to check whether your HTML code is well-formed.

HTML5 is also widely used to create web-fronted applications for mobile devices. It is compatible with every major browser and allows developers to organize pages clearly and intuitively. It can be used in combination with Javascript, allowing developers to create applications that engage users. Its scalable, secure, and lightweight nature makes it an excellent choice for web developers.

HTML is the standard markup language for web pages. HTML tells the browser how to display content, including fonts, colours, titles, and headings. It also allows developers to create templates. HTML is easy to learn, but it requires a lot of code to create a simple web page.

The Ruby On Rails programming language and framework for web development simplifies the creation of web applications by providing a default structure for web pages, databases, and code. These web applications run on a web server and serve up information to client programs. Founded by David Heinemeier Hanson, the framework has been used by thousands of web developers.

A key feature of Ruby on Rails is that it teaches coding conventions that are easy to understand and maintain. For example, models are always named as a singular proper noun, while their corresponding database tables are named as plurals. This convention helps to eliminate confusion and can make a huge difference in long-term projects. Additionally, the conventions of Ruby on Rails make it easy for new employees to pick up the code quickly.

Unlike other programming languages, Ruby on Rails is a complete framework that includes all the tools necessary to create web apps. Rails include libraries and plugins for social media networking, membership websites, and price algorithms. It also provides the flexibility to scale from a humble website to billions of users.

ReactJS is a modern programming language and framework that makes web development much easier. It’s a very fast and flexible language, which allows you to create large-scale web applications quickly and efficiently. It also offers SEO-friendly capabilities and faster page loading. This framework is backed by a large community, which makes it a great choice for developers of web applications.

It offers a component-based structure for creating complex applications. This makes the application easier to maintain, debug, and test. Because it is built on components, it is scalable and highly performant. It also provides extensive support for the web developer community.

Since its initial public release, React has been steadily gaining popularity. Its GitHub repository currently has over 164k stars and millions of downloads per week. It is used by 9K companies and its community has more than 110k members. In addition, Stack Overflow, the largest community for software developers, has over 250k questions related to React.